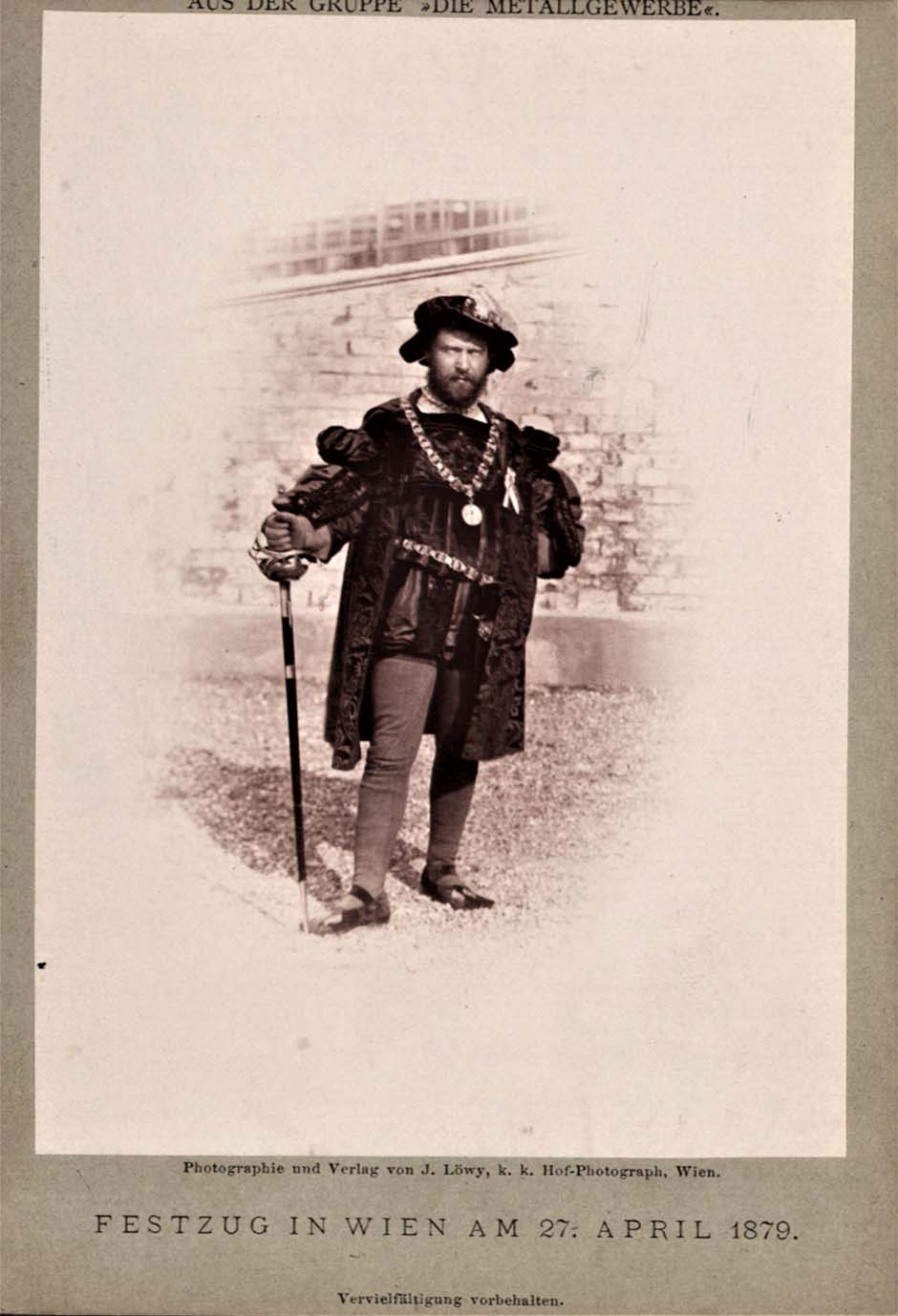 On the occasion of the imperial couple’s silver wedding, painter Hans Makart with a row of other Viennese artists has organized a pageant – Makart festive procession – around Ringstraße in Vienna I.

The organizer of a procession - Viennese municipality has based its activities on an example of the procession organized in Munich on the occassion of celebrating city’s 700 anniversary as well as the silver wedding of the king’s couple a year ago.

The main programme target was to present industries in their historical development, were for the historic part the drafts were prepared by Maler Hans Makart, the Viennese salons’ favorite, together with Carl Rudolf Huber, Julius Blaas etc.

The ceremonial square situated in front of the city gate (Burgtor). Between Babenbergerstraße and Bellaria tribunes for 7.000 people were established. The festival tent for the imperial couple was made according to the draft of Otto Wagner.

Originally, the festive procession was planned for the 25th of April. However, due to bad weather it had to be shifted to the 27th of April.

At 9 o’clock the procession with the herald of the city of Vienna and a cavalry trumpet players’ corp at its head started to march. They were followed by student formations, gymnasts, and shooters union. Then, different industrial groups followed, partly by foot, partly on a carriage. Finally, marched artists, whose carriage was designed by Makart. He personally rode in the costume of the Flemish painter Peter Paul Rubens at the head.