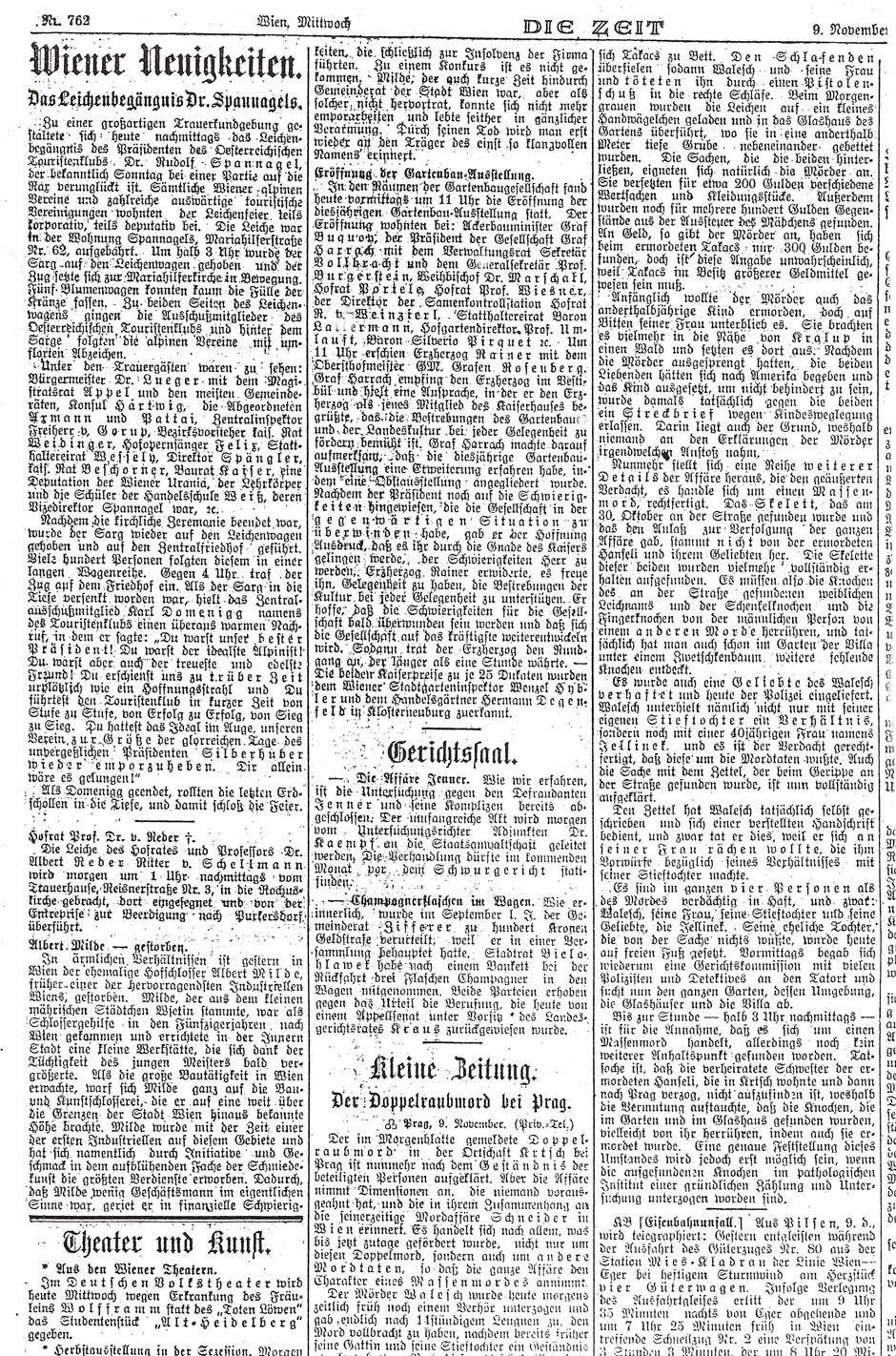 Die Zeit; the next page (see the left column in the middle)

Albert Milde - died.
In miserable conditions died yesterday in Vienna the former artistic wrought iron smith Albert Milde, one of the most prominent manufacturers of Vienna. Milde, who comes from the small Moravian town Wjestin, came to Vienna as smith assistant and built in the inner district a small manufactory, which has due to the competence of the young master considerably enlarged. As there started the building trend in Vienna Milde dedicated his time and activities towards building and smith works, which made him known far beyond Viennese borders. Milde became with the time one of the first manufacturers in this area and with the help of his initiative and good taste has reached the biggest achievements. Due to the fact that Milde was not a businessman in a real sense, he got into the financial difficulties which led, finally, to the insolvency of the company. Milde, who was also short time supported by the municipality of Vienna and could not anymore build his carrier, lived since then in a total poverty. His death reminded about his name so famous before.