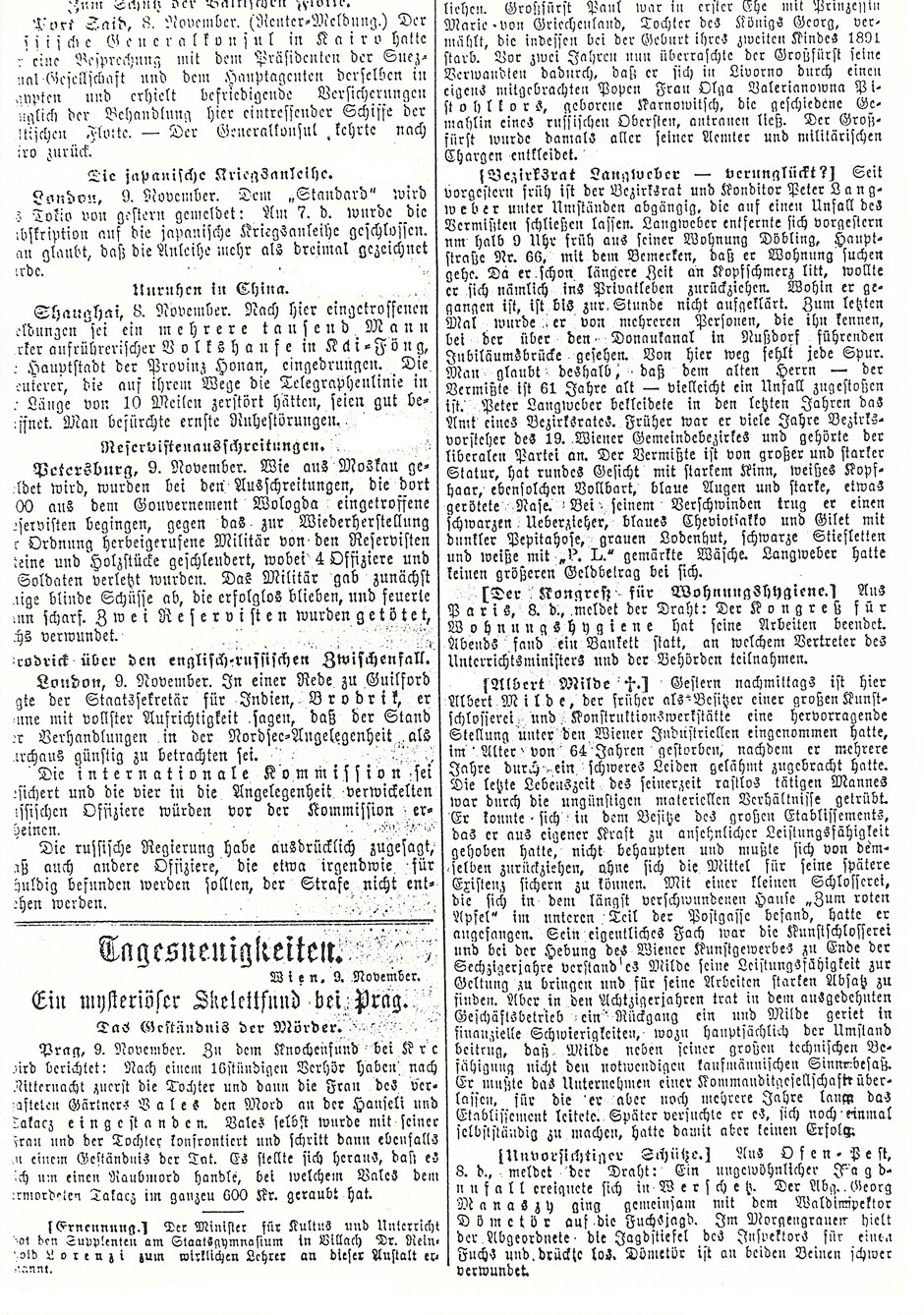 (Albert Milde +)
Yesterday afternoon Albert Milde who had an excellent position among Viennese industrialists as the owner of a big art locksmith's shop and construction workshop, passed away at the age of 64 after a few years he spent in heavy sufferings being paralyzed. The last years of life of previously hard working man were clouded by unfavorable financial circumstances. He couldn’t assert himself with the ownership of the big establishment which he had raised to high efficiency, and had to retire and to make sure he has other means to secure his future existence. He started with a small locksmith's shop which was situated in a long ago disappeared house «To the red apple» in the lower part of the Post street. At the end of 60-s Milde reached the highest point of his career and focused on the efficiency of his activities in order to find a market for his works. However, in 80-s his business started to decline and Milde got into financial difficulties. This was mostly resulting from the lack of business knowledge. He had to convert his enterprise into the limited partnership, which he was still leading for several years. Later he tried to become again a self-employed, but had no success.